It’s 25 years since my first Pride (LGB as it was then… QUEER as it should be now) and so much has changed – charging for entry, corporate sponsorship everywhere, a neutrering of political ambitions, the lack of reference to any form of sexuality in the title… Pride should be a call to arms for equality.
I have created a coptic book with 25 memories for every year since 1993 in Brockwell Park. Thank you to everyone who contributed a memory for my project, they range from New York to Delhi, 1978 to last Year, from awful to awesome. 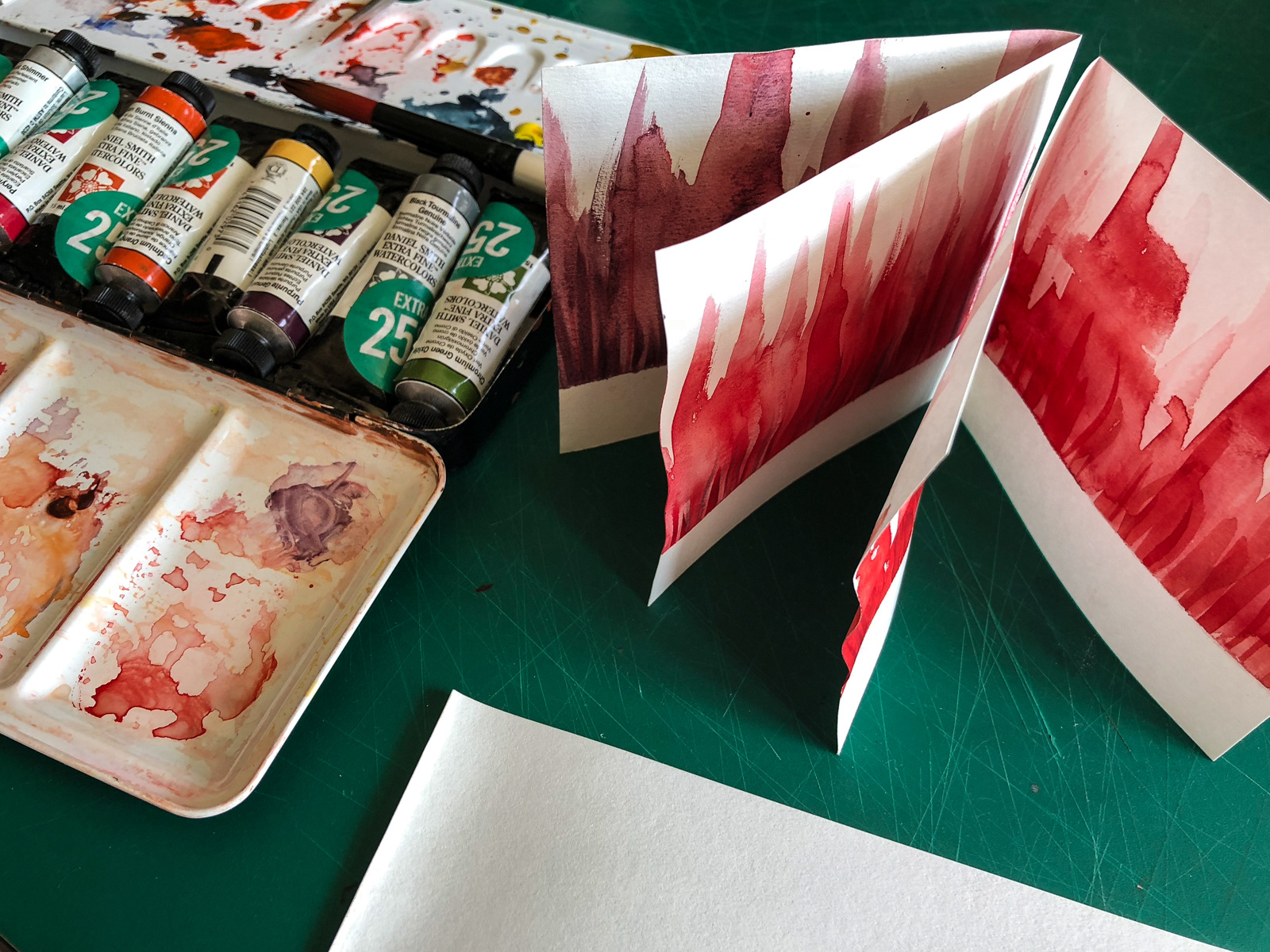 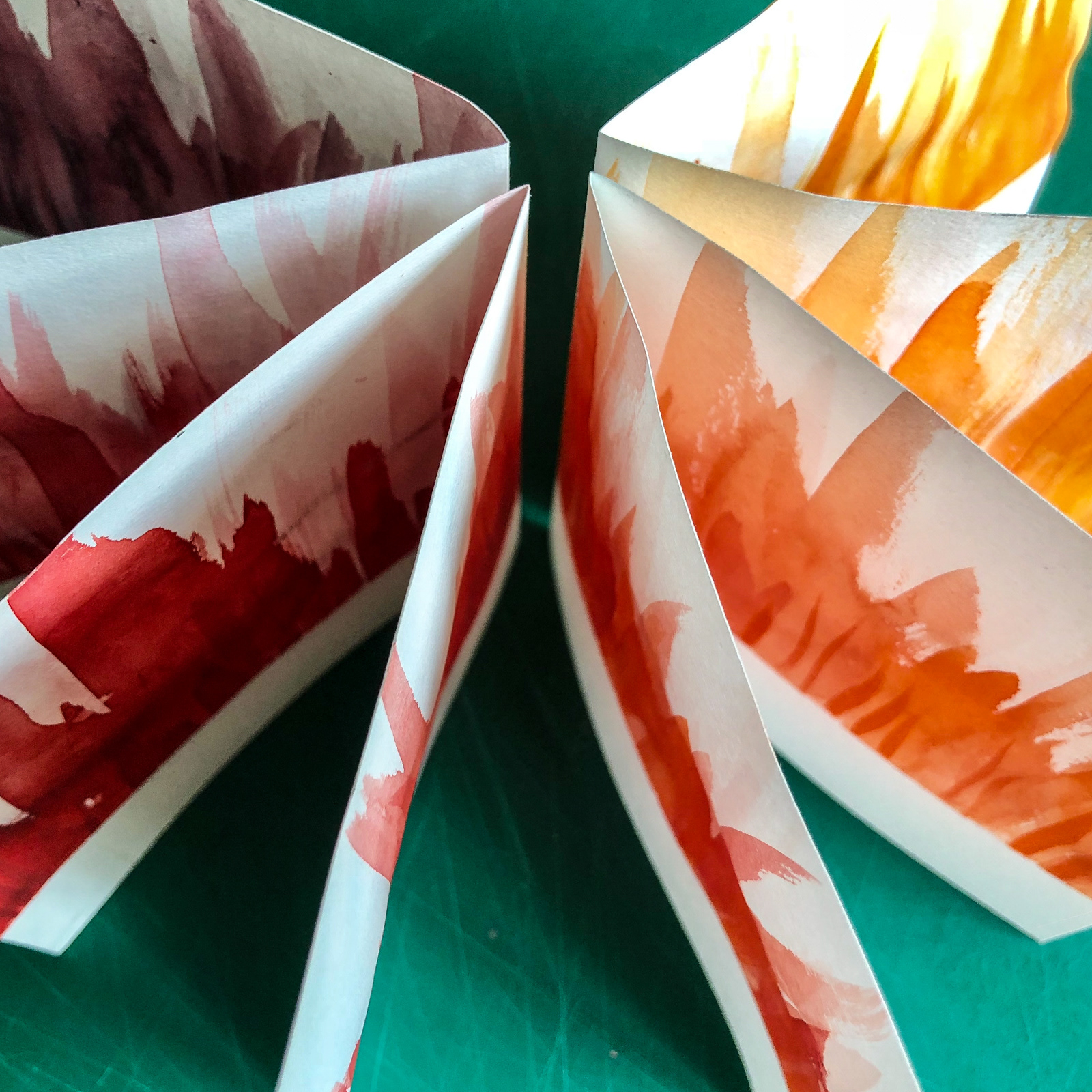 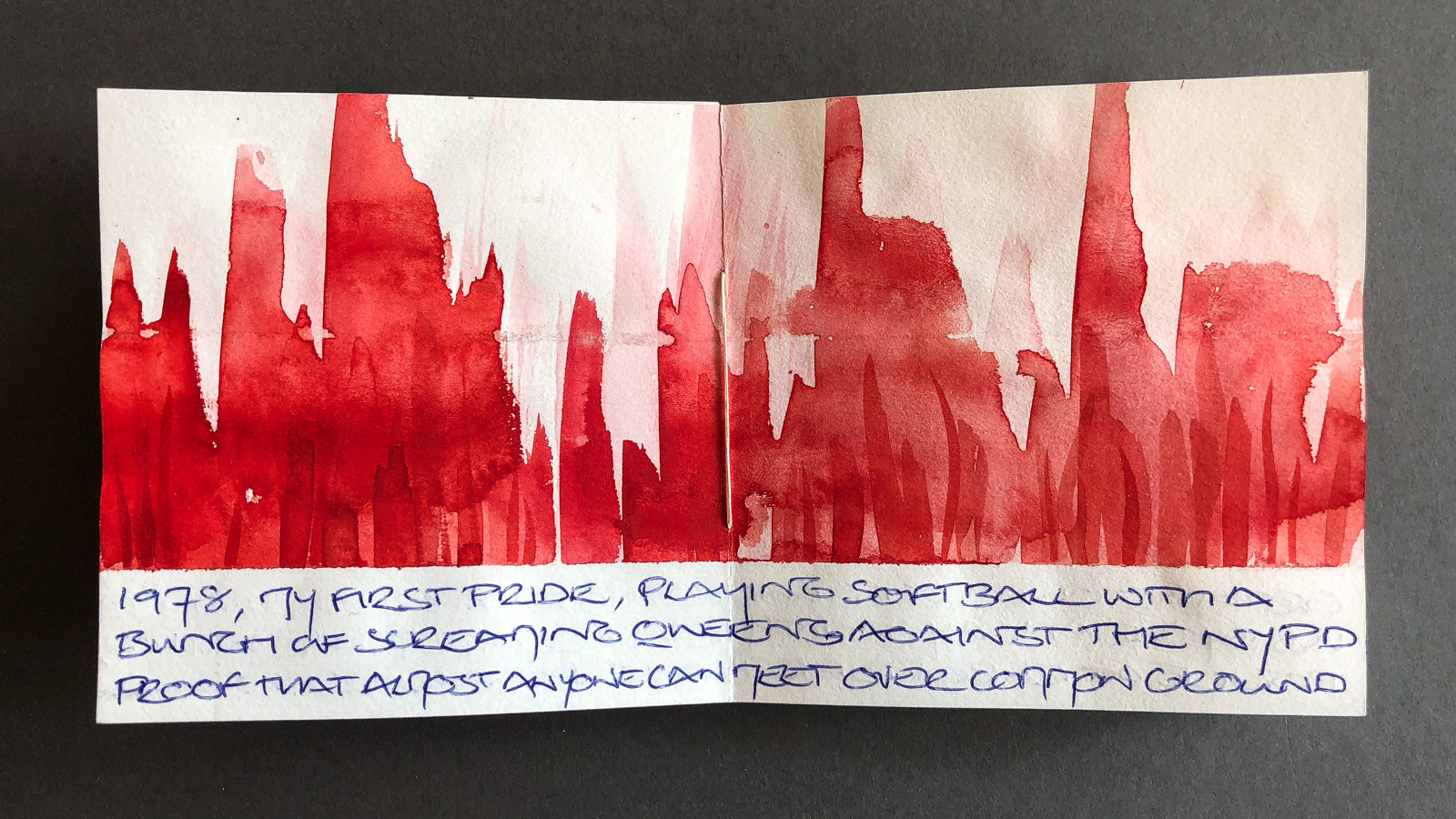 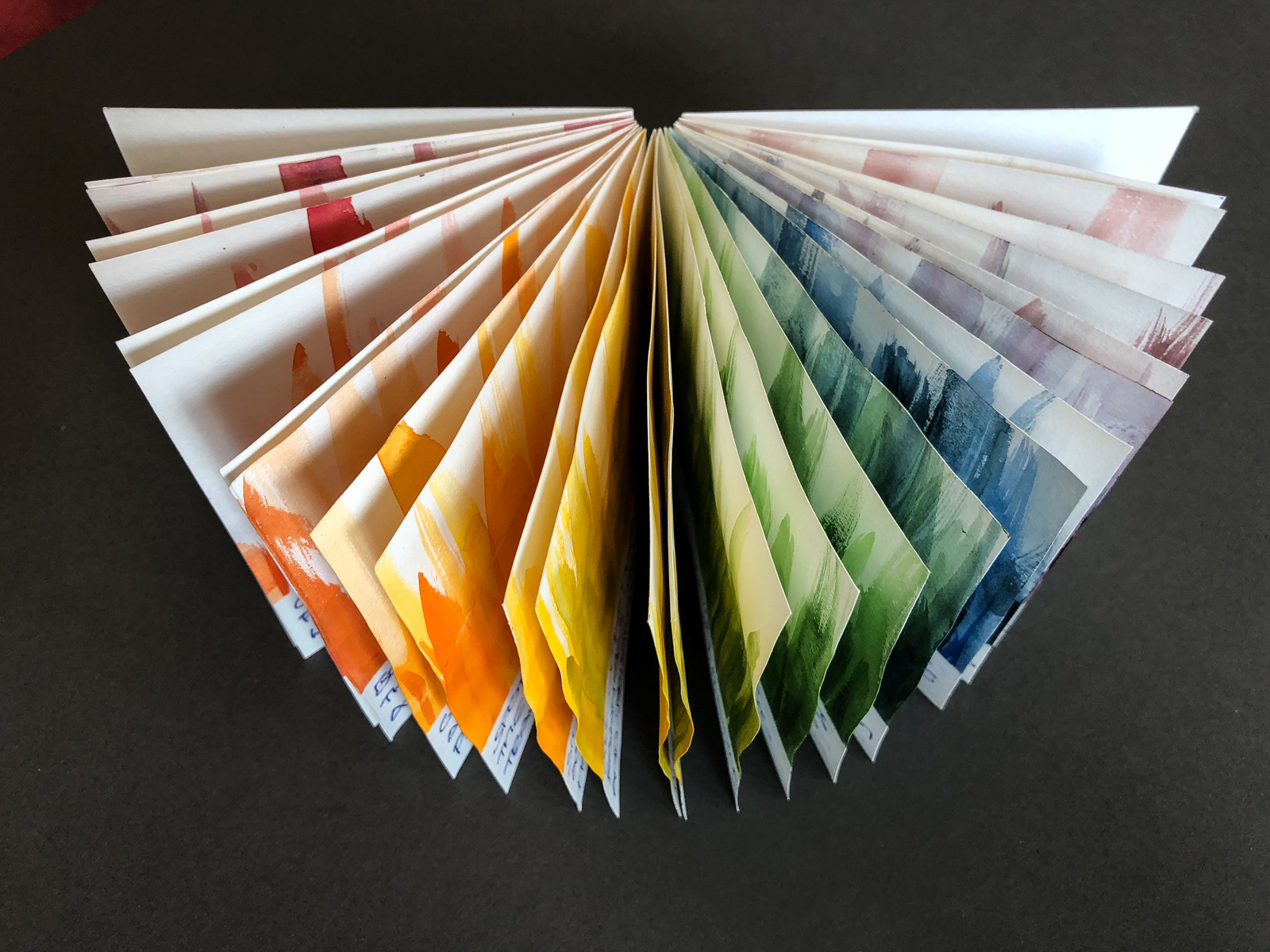 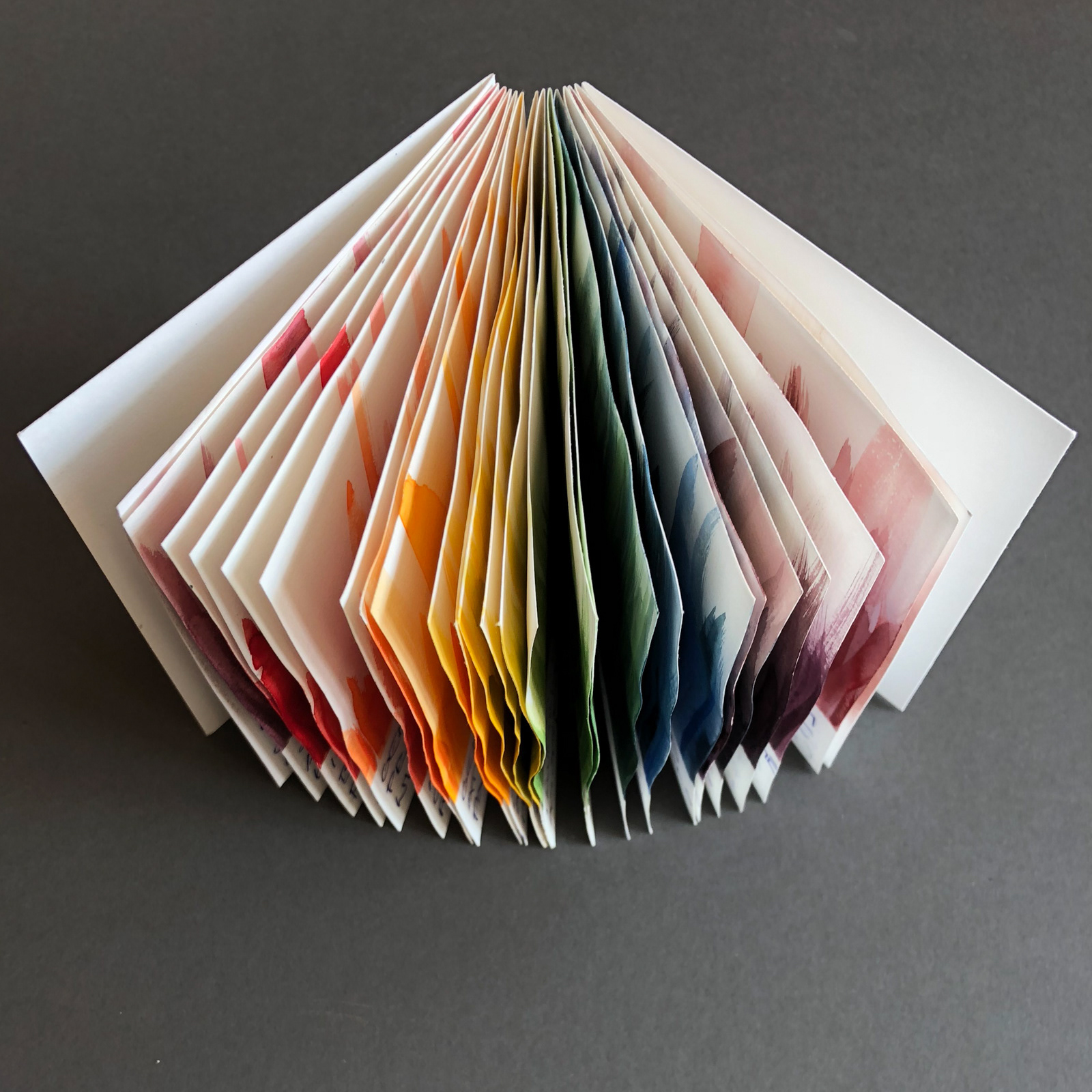 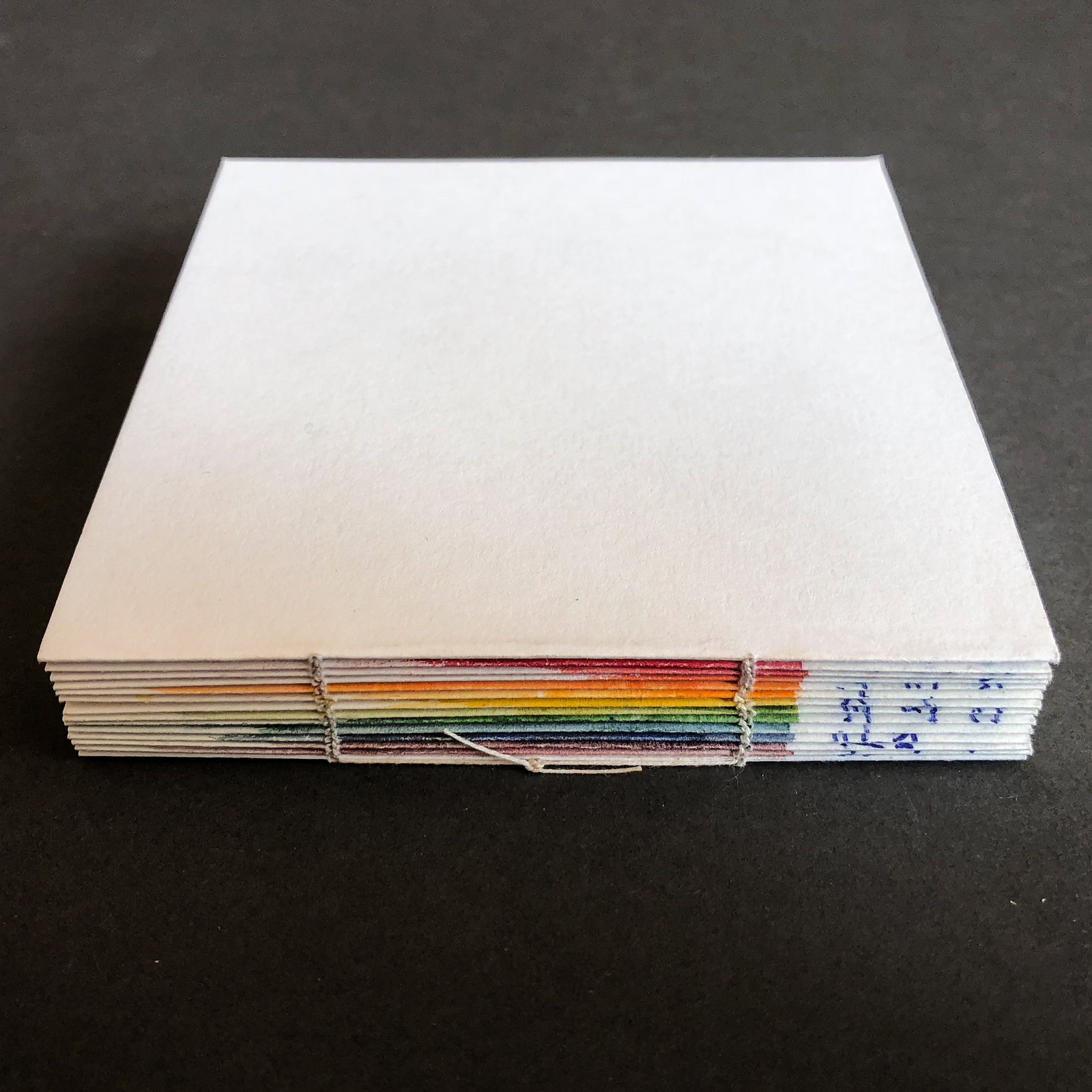 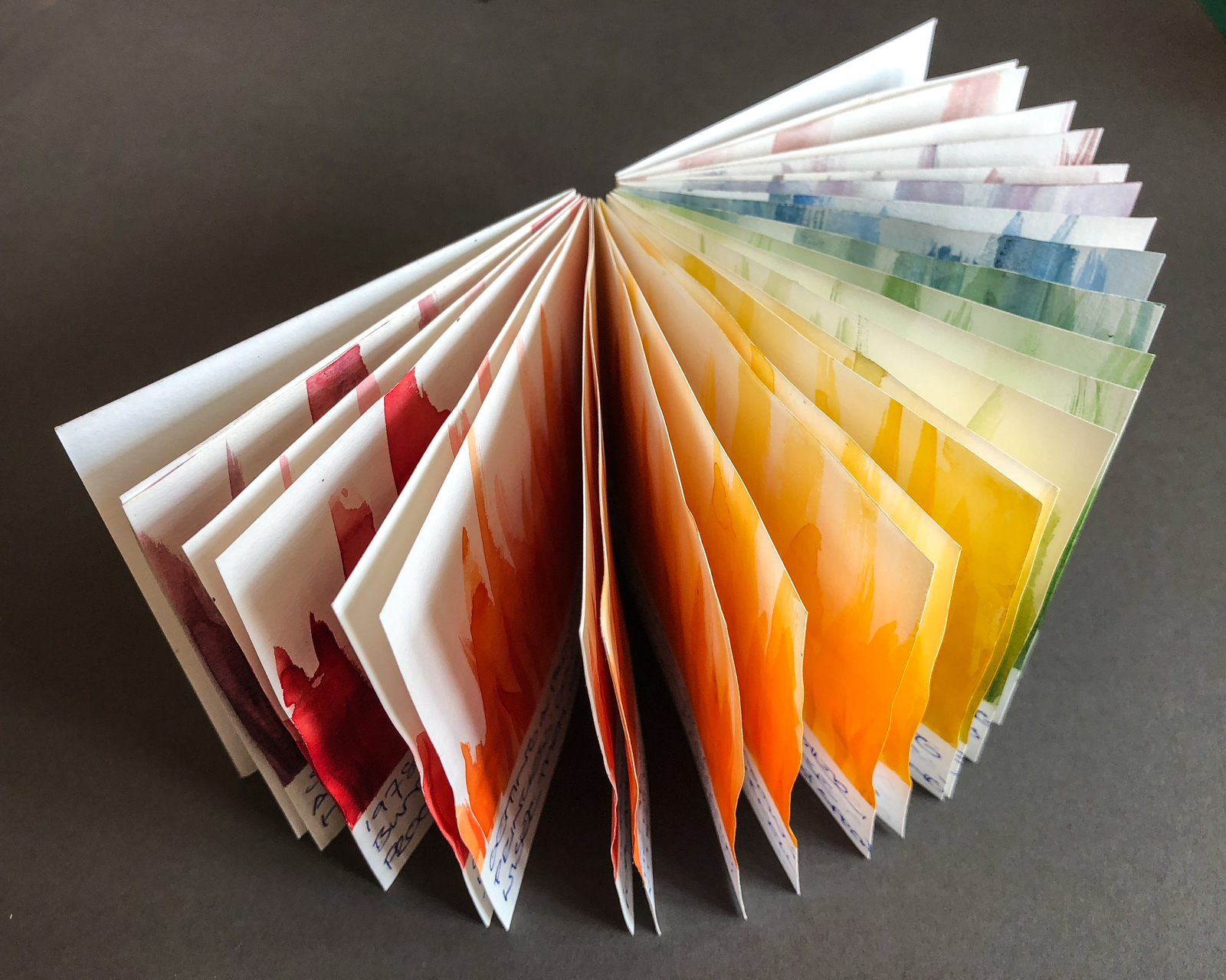 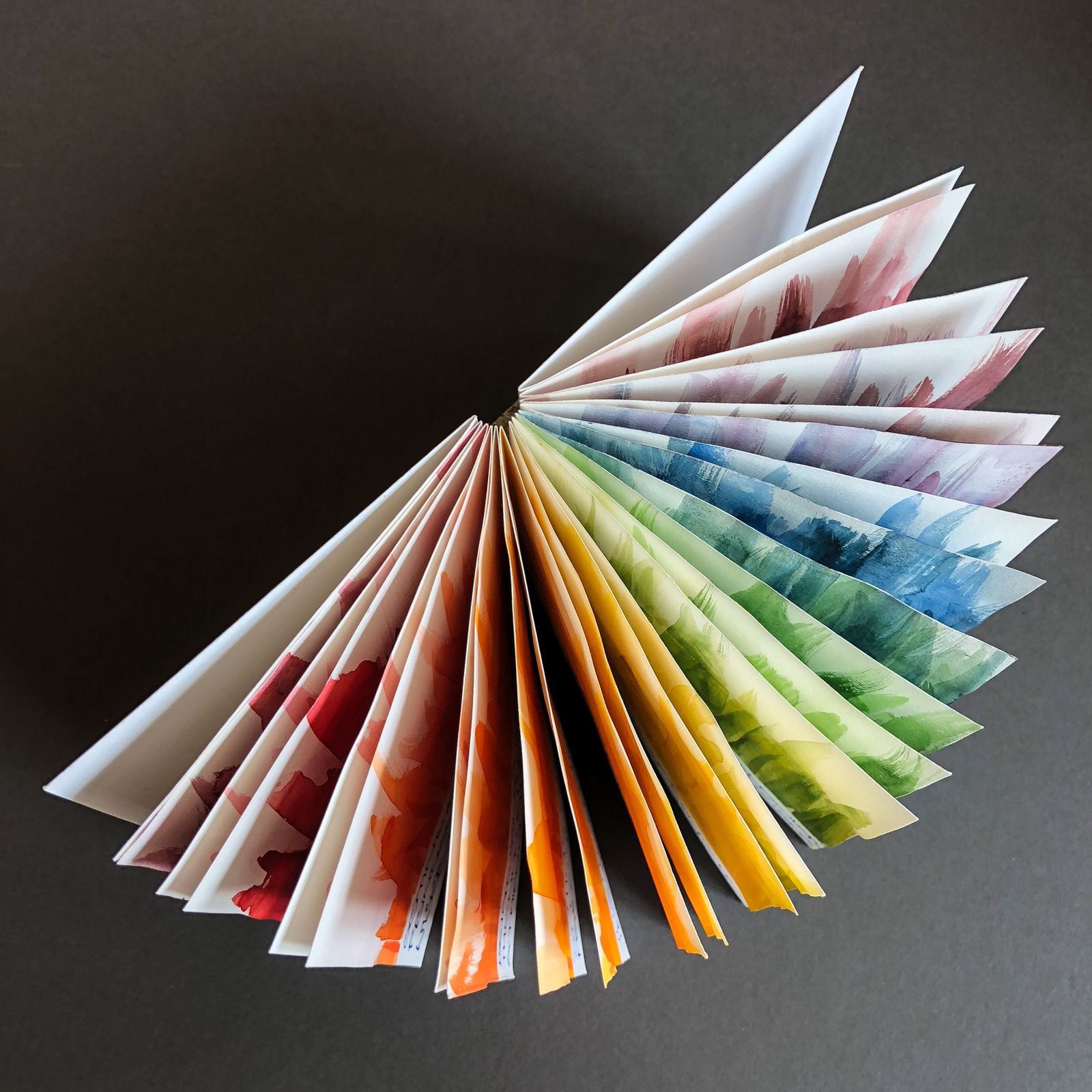 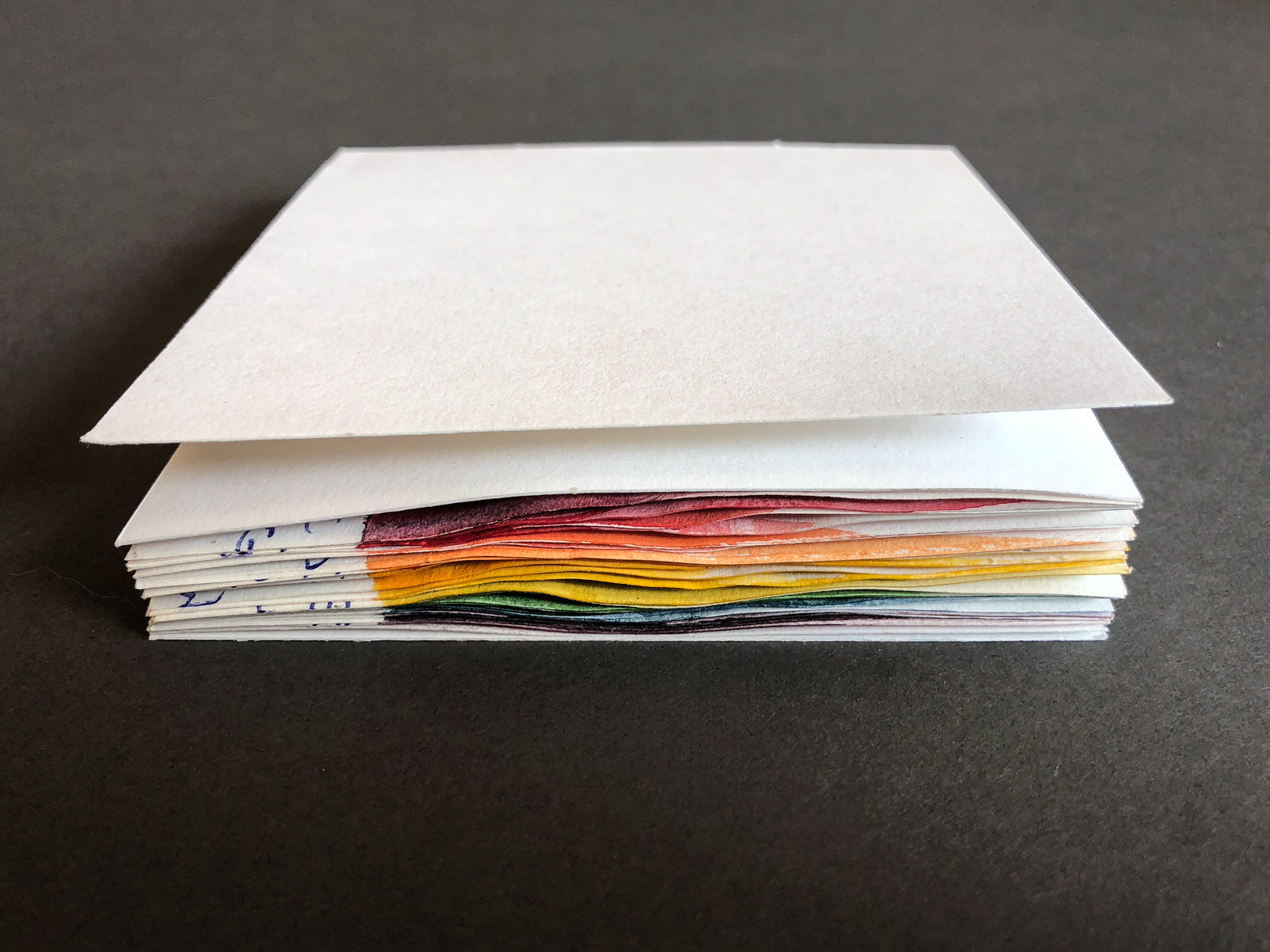 Here are the memories:
I remember…
more gay people getting on the tube, the sense of being part of something. Then emerging into a cacophony of whistles and shouts and being in the majority.
sobbing my eyes out at the death of a friend and Regina Fong offering me a hanky – I felt such a sense of community.
being in the parade, flirting with a hot stranger and waiting till we were in front of the anti-gay demo before snogging our faces off.
1978, my first pride, playing softball with a bunch of screaming queens against the NYPD after the parade.
getting stones, eggs and holy water thrown at us by the angry shouty mob behind the riot police at Europride in Warsaw.
getting a blowjob outside Compton’s in a princess’s pink gown and thinking no one was the wiser then seeing a video the following day.
non existent disabled access and being tagged and corralled, contrary to everything Pride stands for and doubly so for an ageing jewish Dyke.
being squashed into Jubilee Gardens to see Erasure, the whole place kicked off – felt like they’d expected a third of the people, you just couldn’t move!
getting screamed at and having bottles thrown at us on the way back from from Brockwell Park to Brixton Tube.
spotting familiar faces every year: a soldier, the older trans women with their “proud to be trans” placards and the skinny tall guy wearing only an apron.
silly o’clock in Trade and going with a friend to ask our dealer how much we could get for a handful of pennies.
all of us dressed in tutus and gowns and carrying banners ‘Brixton Dykes Make Pussies Purr’ and Brixton Dykes Demand Wages for Bashing Bailiffs’
being photographed under the statue of Eros in the arms of my ‘other boyfriend’. The photo turned up in the Times and 13 years later I married him.
meeting up with a friend beforehand and not knowing I’d end up leading the march with their Lesbians and Gays Support the Miners banner!
a muscle mary coming round for a play and having to kick him out at seven in the morning as someone else was coming over!
my friend’s kids being entranced by men’s arses in chaps – they’re now the most tolerant and open minded adults you could imagine, so something worked!
sitting in the park watching the main stage and wondering why we had to put up with such awful music?
very little of Pride probably due to drinking a lot of vodka and going on the waltzers in Brockwell Park.
cheering and whooping the Salford Ladies United Temperance Society in Manchesterford – ’S.L.U.T.S Say No!’ and ‘Not In My B&B’
being humiliated as a CIS women before in gay bars, then feeling such joy and my heart burst seeing people feeling free to show their love without fear.
so many Prides in so many corners of the world over the years, but I maintain that my best ever was Delhi Queer Pride 2011.
walking home pissed, being cruised in the street and then getting a blowjob from a drunken celebrity behind a skip.
the monsoon that nearly flooded the start of the parade only for the sun to shine for the rest of the afternoon.
my first Pride was small enough to end with an indoor festival at ULU. There was nude swimming in the pool.
Divine in 1985 arriving at Jubilee Gardens singing ‘Walk like a Man’ on a Thames cruiser.
I remember all the people who died too soon.
↑Back to Top